Welcome to the Official Attendee Housing Site for the 4th International Conference on Digital Health will be held in the beautiful and exciting city of Barcelona, Spain. The conference will take place during March 14-15, 2022

Barcelona, the capital of Catalonia, is a Mediterranean and cosmopolitan city with Roman remains, medieval quarters and the most beautiful examples of 20th century Modernism and avant-garde. The city's origins are Roman, and its long history and economic dynamism have made Barcelona a cultural city, which can be seen in the historic-artistic heritage and the promotion of the most innovative artistic trends.  Barcelona has a maritime Mediterranean climate, with mild winters and warm to hot summers , while the rainiest seasons are autumn and spring.

Tradition and modernity can also be seen in its innovative and imaginative gastronomy, based on fresh garden produce, fresh fish, a wide variety of sausages and olive oil. Traditional handmade cakes and pastries and sparkling wines are some of the other highlights in this brief overview of Barcelona's gastronomic culture.

Barcelona’s industry is relatively up-to-date, and the city has long-established external markets to give it stability. Almost a quarter of Spanish exports come from Catalonia, and three-quarters of Catalan industry is concentrated in the Barcelona area, which provides about one-fifth of Spain’s industrial output. The city receives approximately one-fourth of all foreign investment in Spain. 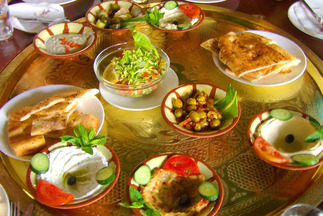